Arctic Zero is a brand of frozen dessert that is healthy for those who are conscious about calories and carbs. Today, I am looking a the Brownie Blast flavor of this product. And all I can really say is, “Yeah…it’s healthy.” Unfortunately, that’s about it.

What Is Arctic Zero Brownie Blast?

Technically, Arctic Zero is not considered ice cream by any stretch of the imagination. It’s considered a fit frozen dessert. However, you can find it lined up next to its ice cream counterparts in a variety of grocery stores.
This product doesn’t have a lot of the elements you would find in traditional ice cream. First of all…you’re missing the “cream.” Secondly, it has far fewer carbs and sugars based on the components that go into making the product.

Why Should You Want It?

If you like the idea of having 75 calorie serving size of frozen dessert, then Arctic Zero Brownie Blast is for you. Although it’s nice to know I can down the entire pint and only suffer 300 calories, I’m not all that sure the taste and price are worth the experience.

What I noticed right off the bat is how the freshness seal was literally frozen to the dessert itself. I had to scrape quite a bit of paper to get it free from the solid chocolate block under the lid. Needless to say, it was a bit messy. 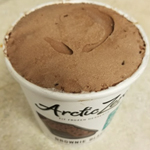 Perhaps the biggest offense to this product is the price tag. If you pick this up at Walmart, you’re exceeding $4 per pint. Considering that big brands are about a dollar less, I’m not entirely convinced this is a good buy. I watch my caloric intake, but I think I’d rather measure out Breyer’s in single servings than to eat Arctic Zero products.

The consistency of the Arctic Zero Brownie Blast reminds me of thick frost that accumulates on a windshield in the middle of a Colorado winter. Add in a bit of dark chocolate flavoring, and you’d have this item down to a near perfect replica.

The overall taste is similar to what you’d find in a tub of freezer burnt ice cream. In fact, the texture is a bit similar. This leads me to believe this product is mostly made with frozen water – which is probably some of the reason why it has such a low calorie count.

The bits of brownie and chocolate chips have a decent taste to them. However, the chunks in the Brownie Blast are few and far between. Yet another aspect of a low-calorie frozen dessert. On the other hand, I wouldn’t mind eating the whole brownie of what ever this product is made from.

I didn’t really like the chocolate taste of the frozen water content. I don’t know why companies have such a hard time scoring a good tasting chocolate that isn’t rich in sugar or fats. Even vapor products can’t seem to pinpoint chocolate all that well.

When I tried the Arctic Zero Chocolate Peanut Butter, I half hoped that the quality was hindered because of a broken freezer at Safeway. Nope. It’s the same quality even if I buy it from a Walmart several miles away.

What Kind of Health Benefits Are In It?

The most notable aspect of the Brownie Blast is the 300 calorie per pint label. If you’re able to only eat a single serving of it, you can get by with 75 calories. Given the overall taste, putting this product down after a serving is pretty easy.

The Arctic Zero Brownie Blast has a small amount of nutritional value in terms of vitamins. Calcium, iron, phosphorus and magnesium are all present ranging from 4% to 6%. That’s probably because of the bits of brownie and chocolate chips.

One thing I can safely say about this product is the low amount of sodium. It sits at 135mg per serving, which is lower than most of my regular desserts. But when you don’t have a lot of things in your recipe, it’s easy to keep the sodium level down.

I am impressed with the amount of potassium that is in the Brownie Blast. It provides 150mg per serving, or 600mg for the whole pint. That’s nearly twice as much in my daily multivitamin. I’m not sure if that’s worth the $4.49 per pint at Walmart, though. I can spend less on fruits high in potassium and get far more taste out of it…even frozen.

What throws me for a loop is the 8g of sugars per serving in Arctic Zero Brownie Blast. The only real sweet part of the frozen dessert was the occasional chewy brownie bit I came across. The frozen water part itself didn’t have all that sweet of a taste to it, in my opinion.

Will It Work to Help Lose Weight?

If you like bland frozen desserts, then Arctic Zero Brownie Blast will definitely help you lose weight. With nearly half of the calories and carbs of regular ice cream, it’s a good alternative to those who like frozen snacks even in the middle of winter.

As this product is made with whey protein and is lactose free, those who have allergies can probably satisfy a bit of a sweet tooth eating Brownie Blast. But since I am not lactose intolerant, I was a bit disappointed in the quality.

It’s low-fat, GMO free certified and sweetened with low-calorie monk fruit dessert…which is probably why the taste is not what I was expecting.

On that note, it’s not a terrible option for those looking to slim the waist line in a healthy manner.

When it’s all said and done, I think the biggest issue I have with Brownie Blast is the insane price tag for quality. It’s more expensive than Halo Top and far more expensive than Breyer’s or even Klondike bars. This is something I would half expect to be valued at around $2 per pint.

The quality is sub par for my tastes and I think the money would have been better spent getting a tub of Breyer’s and being careful about portion sizes.

Where Can You Get It?

Arctic Zero is available in most grocery stores across the United States. In my case, I’ve seen them at Safeway and Walmart. 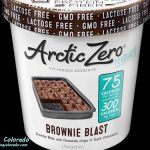 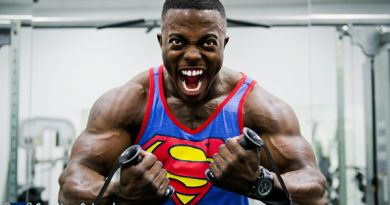 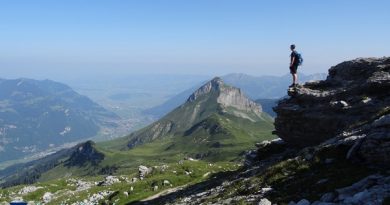 How to Challenge Yourself to Get Into Shape…and Succeed 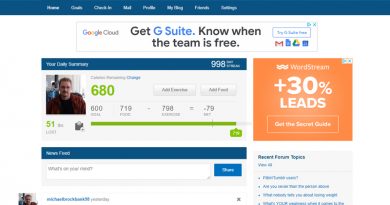 Why MyFitnessPal Is My Favorite Calorie Counting App

The pic doesn't do it justice. But I love when lig

See, it's calling to me.

Looks like I forgot a pumpkin...huh. maybe need to

...this. Better than nothing. They went into the g

Definately need to get them in sooner next year. S

And so starts the repair work. Had to use white Go