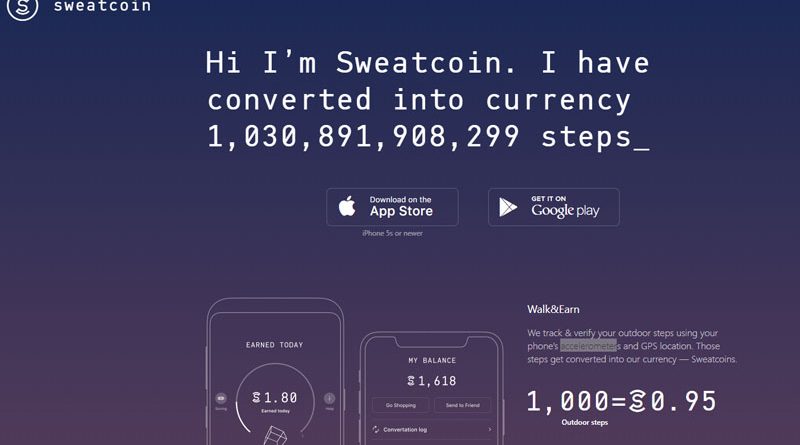 Who wouldn’t love to earn money while exercising? Sweatcoin was recently brought to my attention by a friend…the same friend who turned me on to MyAchievement. It looks like a promising application, but is it really worth the effort?

That depends on how much time you have in the day. In reality, it would take you an insane amount of steps to make any real amount of actual money.

Let’s break it down a bit in this Sweatcoin review.

Sweatcoin is a cryptocurrency you earn by walking. If you don’t know what cryptocurrency is by now, it’s a digital type of money that is not tangible and is not regulated by government bodies like traditional currency.

The biggest problem with cryptocurrencies is the fact that it can fluctuate so wildly based on whether it’s popular or not. If people don’t want to use it, the value sinks like a stone in water.

Anyway, Sweatcoin is earned by recording steps whether you’re walking or running. You can then trade the cryptocurrency for gifts or PayPal cash, something that is only available once per user.

So don’t plan on replacing your full-time income by walking.

The Sweatcoin app uses your phone’s accelerometer and GPS tracking capabilities to calculate how many steps you’ve actually taken. Which means you can’t just hop in your car and drive around the block to rack up the coins.

While this is a decent method of verifying that you indeed walked a certain number of steps, it’s often wrong.

A variety of things can happen when using your phone, and I once had GPS put me four blocks away and back in mere seconds. Which made it look like I was walking at a rate of 40+ mph.

Unfortunately, GPS tracking can also short-change you on steps in the opposite direction. Instead of recording the 10,000 steps you made walking a few miles to the store and back, it could record less than 3,000.

Is it Safe to Use Sweatcoin?

Personally, I haven’t heard nor seen anything that would make me feel like this wasn’t a legitimate offer. It merely tracks your movement using the GPS system of your phone.

Outside of tapping your battery, there doesn’t seem to be any real threat from the app.

Until I see evidence otherwise, I am going to assume that Sweatcoin is safe to use.

How Much is One Sweatcoin Worth?

Because the prices vary so greatly while spending this currency, we’ll take the cash equivalent of value from the $1,000 in PayPal credit you can get from Sweatcoin.

When you receive money from PayPal, there is a transaction fee. For most, it will be about 2.9% plus $0.30 per transaction. Which means you’ll actually receive $970.70 from the system. I am assuming this fee is paid by you since the company doesn’t say they cover the costs.

If you turn in 20,000 Sweatcoin for this monetary value, it makes each coin worth about $0.0485 each. It’s definitely not the same value as Bitcoin.

And that’s if you didn’t spend the Sweatcoin on other smaller purchases…if any are available.

How Does It Compare to MyAchievement?

OK, so MyAchievement is a bit different. It uses a point system for anything you do that is healthy. Walking, drinking water, exercising and even Tweeting about health earns you points.

Luckily, you can simply rely purely on steps to generate points in MyAchievement. For a $10 payout from this system, you’d have to walk 3,680,600 steps. You can already see that you’ll make money faster using Sweatcoin by walking.

But do you really? Because you can only get the cash payout once, you’ll have to base Sweatcoin on the value of the products you’re able to buy – which may be far lower than the cash equivalent.

MyAchievement also gives you points for a myriad of healthy activities. Not to mention you’re paid actual cash in PayPal and they cover the fees.

I know from experience as I recently was paid $10 from MyAchievement. And since using the app, I am close to earning my third $10 payout.

One of the biggest differences between Sweatcoin and Achievement is the capacity to use Fitbit data. Because you can connect Fitbit to Achievement, you can make your steps without worrying about having your phone on you at all times.

For Sweatcoin to work, your phone cannot leave your side.

This means it’s far more convenient to use Achievement over Sweatcoin thanks to the power of wearable technology.

Sweatcoin is real in that it’s a currency you use to make purchases. It’s as real as vouchers or tokens you receive at gaming places to buy trinkets and souvenirs. In fact, it works almost identical to how tickets work at places like Dave & Busters.

By earning this digital currency, you’re able to trade it in on one of their “prizes.” Granted, some of the prizes are amazing such as the $1,000 PayPal payout or a trip to Borneo. But then again, so are the high-end prizes at Dave & Busters.

The problem with this is the “cheap factor.” Showing grandiose prizes is a way to get someone in the door while offering the realistic prizes, which are usually worth far less.

Why I am Skeptical of Sweatcoin

One of the things that bothers me most about this cryptocurrency is the “one-time only” aspect of getting actual cash. Otherwise, it takes a more novelty approach to get you to spend your coins on smaller purchases you might want instead of saving up.

At least with MyAchievement you get actual cash each time you hit 10,000 points. With Sweatcoin, you only get cash once.

From a business owner perspective, I am quite sure the makers of this system are getting “prizes” at a discount, which means the overall value of a Sweatcoin is much lower than I calculated above.

Another aspect that bothers me is the fact the app has to remain on to track your activity. I can understand how this is a security and verification feature, but it also drains the battery of your phone.

After spending a few moments on the system’s store page, if you can call it that, I see there are very few offers available. It’s not like going to the store and picking out a few things from a wide selection on the shelf.

You’re faced with a couple of daily, weekly and yearly offers which expire or are in limited supply.

For example, the $50 Amazon gift card is sold out for the yearly “10K a Day” goal. Essentially, anything I would be interested in buying is either already sold out or incredibly expensive.

Needless to say, the Sweatcoin prizes are a bit lacking.

I’m sure Sweatcoin probably has merit for some, but it’s not something I would truly benefit from. Personally, I don’t concentrate on steps.

I aim for calorie burn…which is why I don’t earn a lot of steps in Fitbit but still burn more than 600 calories a day in physical activity.

And I am not a fan of the offers available in the system. They’re just not for me.

Is the System Viable as a Healthy Incentive?

In reality, you’re still getting prizes without doing much extra than what you’re doing now. Although the available “gifts” I can buy are a bit substandard for my tastes, they could be worthwhile to the right person.

I mean seriously, what would I do with women’s vitamins, vests or jewelry? I’m a single guy with no interest in those kinds of things. Suppose I can use them as gifts for my daughters or friends…

You’re already walking anyway, might as well earn something on the side while building a healthier body.

If the system had more of a shopping aspect to it, I might get into Sweatcoin more. Unfortunately, the offers presented don’t really interest me…aside from prizes I wouldn’t be able to afford until 2028.

I’m not sure how often I’ll actually use the app. It might be one of those things I turn on and forget about – at least until it starts draining my battery too much.[template id=”3591″] 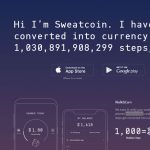 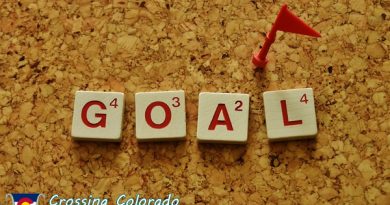 How to Boost Your Confidence with Micro Goals 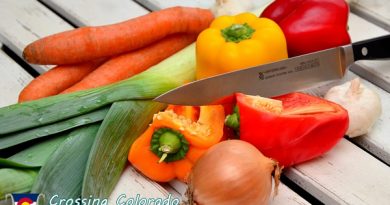 Can You Eat Healthy While Being Thrifty? 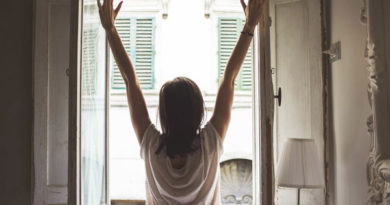 9 Ways to Talk Yourself Into Being Healthy in the Morning

Second day in a row to lose power...while I'm work

Halfway through a new YouTube video and the power

Less trash at the pond than I thought. Still, more

Got some helpers at the pond.

Hitting up the park for #WorldCleanUpDay.

Is this an omen of how my day is going to go?

It's a start for #Halloween. Looking to do way mor

Can I put the tree up now? I can do a quasi Hallow

Finally in the mood for Halloween and still, Chris

Pumpkins covered in ash from #ColoradoFires in Mon

I get the same way about Halloween as Mom gets abo