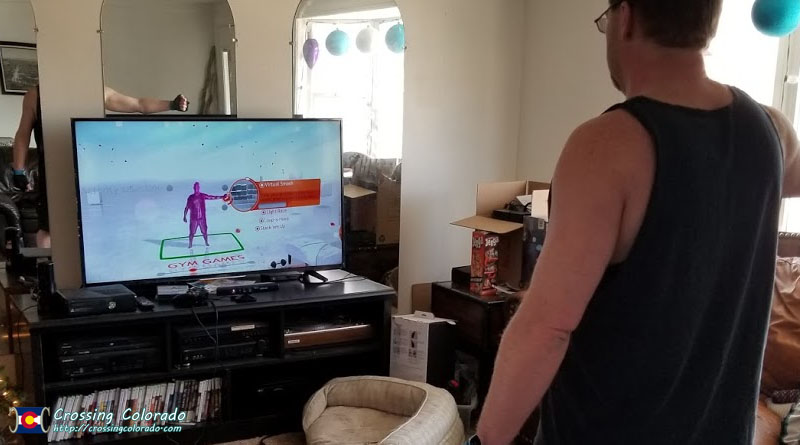 Virtual Smash is one of my favorite activities in the game, “Your Shape: Fitness Evolved.” It’s an exercise game for the Xbox Kinect and full of things you can do outside of a workout routine. In this case, Kinect Virtual Smash really pushes the envelope.

If you’re looking for something that can really put effort on the shoulders, back, obliques, abs and inner thighs, this is the game to try.

What's In This Post... hide
Getting the Most Out of Kinect Virtual Smash
Why Play Games Instead of Working Out?
Striving to Break Personal Records
Being Fast Matters
Playing All Three Difficulties
Adding the Weighted Gloves
Adding the Ankle Weights
This is All About Muscle Definition
Kinect Fitness Keeps Me Engaged
About Author
Like this:

Getting the Most Out of Kinect Virtual Smash

The entire premise of buying the Xbox 360 several years ago was for the Kinect. It saddens me that it didn’t get enough love, but it’s still one of my favorite pieces of fitness equipment.

In fact, I play the Xbox 360 kinect every morning Monday through Friday.

And one of the best games I’ve come across so far has been Virtual Smash in the title, “Your Shape: Fitness Evolved.”

Why Play Games Instead of Working Out?

Not everyone finds value in doing the same old routines day in and day out. It’s why so many people have workout DVDs collecting dust stashed in a cupboard somewhere.

If you really want to change your life and embrace fitness, it’s all about gamification. This is when you take a seemingly mundane activity and turn it into something entertaining.

The more you enjoy the activity, the more likely you’ll continue doing it.

And that’s one of the things I love about Kinect Virtual Smash. It’s a game that keeps my attention while putting my body through the wringer.

One of the ways I gamify fitness is by setting personal records and trying to break them. I guess part of that is because I am such a geek for data.

Currently, I work on surpassing my records in Virtual Smash. Whether it’s on Easy, Medium or Hard difficulties, I love pushing myself to see if I can overtake my previous high score.

In reality, I don’t know why boxers don’t train more often using something like Kinect Virtual Smash. After all, you work on speed and recognizing patterns.

Unlike some of the other games on Xbox Kinect, Virtual Smash centers around speed. A lot of games out there you can play just by standing and making a few motions. But if you want to score high in Virtual Smash, you need to be fast.

How quick you are with your hands and feet influence the calorie burn. If you just keep a steady and slow pace, you don’t earn points very fast or add much to a workout.

In fact, the game gives you multiplier bonuses to the score for breaking the blocks as quickly as possible.

Every time I play Kinect Virtual Smash, I play all three difficulties for up to seven rounds each. For me, it works like this:

This entire process takes about 30 to 35 minutes depending on how long I break in between each one-minute round. And afterward, I am literally dripping with sweat covering my entire body.

It’s to the point where I debate on wearing a headband simply because the sweat gets into my eyes as I begin the Hard difficulty.

Adding weighted gloves makes a massive impact in games like Kinect Virtual Smash. This is because your arms, shoulders and core muscles have to work harder to keep you moving and balanced.

When I played for the first time wearing weighted gloves, my obliques, abs and back muscles were incredibly sore. However, the soreness went away after about a week of playing the game.

I can safely say that all of those areas of my body are also far more firm today than before playing the game.

One of the elements of playing the game relies on bringing your knee or leg up to smash blocks. This promotes development of your thighs, hip flexors, groin and lower abdominal muscle groups.

But when you add ankle weights, it increases the workout quite a bit.

Ankle weights work the same as the gloves; it’s all about increasing the work your muscles perform.

As I feel the experience is getting too easy, it’s time to add greater weights to the workout.

This is All About Muscle Definition

Since playing Kinect Virtual Smash, I’ve noticed a significant difference in muscle definition. For example, you can start to see the separation of my ab muscles and shoulders even though I am still technically “obese.”

Which is why I don’t really follow the BMI scale. It can say that you’re obese even if 99% of your body is muscle mass while looking like a Greek god.

Now, I know the air bicycle kicks I do every day also play into this development. However, I started seeing a middle line in my abs long before adding the air bicycle.

While playing Virtual Smash, I feel it in my:

I would probably feel the work in my outer thigh muscles, but they are pretty defined as it is. In fact, my legs look amazing compared to the rest of me.

Most of that is because I do a lot of leg work while playing the Xbox Kinect for fitness and walking.

The experience of my journey with Xbox fitness for 2018 has been nothing but stellar. I’ve kept off all the weight I’ve lost and added a lot more definition to muscles thanks to games like Kinect Virtual Smash.

For 2019, I plan on exploring even more games and how they can impact overall health and workout routines.

So, what is your favorite Kinect game if you have one? Have you ever thought about turning your Xbox into a fitness machine? Leave a comment or hit me up on social media. I’d love to know your thoughts.[template id=”3591″] 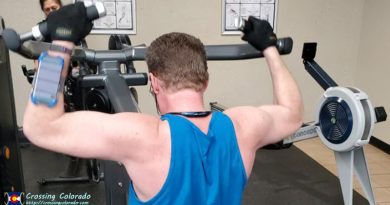 Getting Back Into Fat Burning Mode! Time’s a Tickin’ 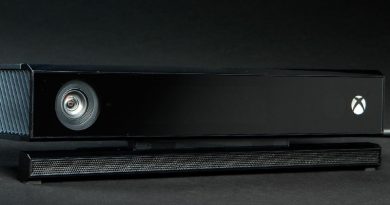 How the Xbox Kinect Is Still a Great Workout Tool 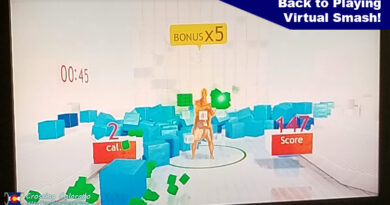 Getting Back into Virtual Smash, And it Whooped Me!

And that's 304 calories with the Bodyblade. Ending

The pic doesn't do it justice. But I love when lig

See, it's calling to me.

Looks like I forgot a pumpkin...huh. maybe need to

...this. Better than nothing. They went into the g

Definately need to get them in sooner next year. S