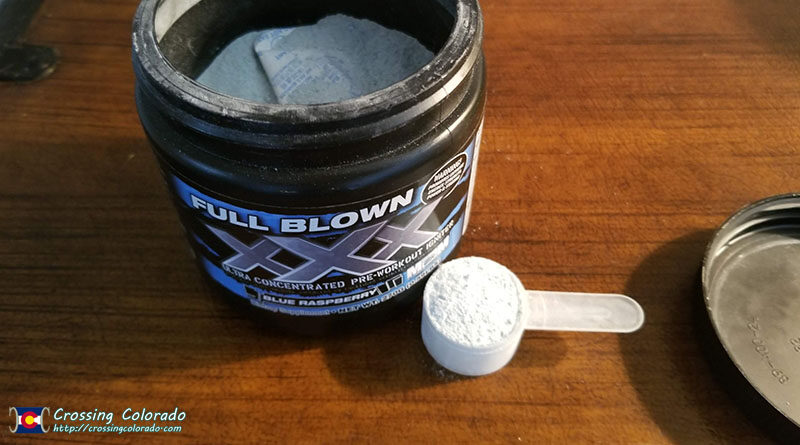 I’ve taken several different kinds of pre-workout powders over the past few years. But never once did I ever consider dry scooping. Leave it to kids on Tik Tok to find a way to lower the intelligence quotient on the app.

This ranks right up there with the Tide Pod challenge. It’s all about clout and being accepted among your peers, I guess.

I suppose I’m just funny that way. I’m a “boomer” because I actually read the directions on supplements and understand how basic chemical compositions work.

I would never try to dry scoop something like the Emerge I drink on a daily basis. Then again, I’m not a teenager looking for likes.

I blame our educational system, really. Stuff like this can easily be taught in high school gym class or home economics…if those are still a thing.

What's In This Post... hide
What is Dry Scooping?
Problems with Dry Scooping
Risk of Heart Attacks
Unregulated Supplements
Prolonged Damage to Tooth Enamel
Choking Hazard!
Decreased Effectiveness of the Pre-Workout
Why Do Trends Like Dry Scooping Start?
Mix it with Water!

What is Dry Scooping?

Dry scooping is when you consume a pre-workout powder without diluting it in water. Though, most “dry scoopers” on Tik Tok still down a bottle of water while trying to swallow the powder.

Doesn’t that negate the term, “dry?”

At any rate, the idea is to get more bang for your buck during a workout. However, there is no evidence to support the claim outside of how it makes someone “feel.”

Usually thanks to niacin rush and an overload of direct caffeine.

As you probably already guessed, several health issues have cropped up thanks to this asinine trend. And a couple of them were on the nose for what a rational thinking person would assume.

Because of the chemical composition in pre-workout supplements, mainly caffeine, a young 20-year-old woman was hospitalized from a mild heart attack after her experience.

Granted, the woman had 4 scoops of powder, followed by another 4 scoops mixed in with water. In her particular case, it was most likely an overdose of caffeine.

A lot of these powders have an incredible amount of caffeine in one little scoop. The idea is to drink it over time without downing the mix all at once.

Dietary supplements of all kinds are not regulated by the FDA. This means manufacturers of pre-workout powders can make a variety of claims without detailing ingredients in “proprietary” blends.

As such, these Tik Tok trend followers have no idea what they are dry scooping in the first place.

However, the vast majority of manufacturers are responsible enough to include “Directions of Use” labels. And none of them are out to actually cause harm to thier customer base.

No…that’s left up to Tik Tok trends started by others who just want some social media clout.

A large portion of pre-workout supplements use citric acid. And although citric acid does have health benefits, it also can damage your teeth.

This is caused by demineralization. The acid makes its way to the dentin and can cause tooth sensitivity and even pain.

Now, take into account that dry scooping puts that citric-acid-laced powder directly on your teeth until it’s washed away.

The last thing you want to do is inhale pre-workout powder. But like any other mass amounts of powder you put into your mouth, the risk is pretty high.

Much like the cinnamon challenge, which runs the risk of choking and lung damage, pre-workout dry scooping can have similar effects. Especially given the nature of the compound.

A lot of powders will become a bit “gooey” when coming into contact with the slightest amount of moisture. And unlike couching up water, this gooey substance can stick to the insides of your lungs for a longer duration.

The ultimate result is the inability to cough up some of these powders immediately, which makes the problem far worse.

Decreased Effectiveness of the Pre-Workout

In many of these supplements, some of the ingredients are actually activated by water. So, when you mix up the powder in a bottle, the compound becomes effective.

When it comes to dry scooping, though, the majority of those ingredients are not activated. The bottom line is that you don’t get the effect of those chemicals.

In essence, you’re screwing yourself out of a benefit to the workout for the sake of a caffeine rush.

Over the years, we’ve seen a variety of dumb trends hit social media. Whether it’s the cinnamon challenge or chewing on Tide Pods, it seems the younger audience is all about chasing that social media recognition.

It’s all about the likes, in most cases.

In that case, I triple dog dare you to use a few brain cells next time.

I could chalk it up to social media being what it is. But, the need for validation would still be there. Instead, it would take a different outlet for discovery.

Mix it with Water!

If you’re curious about what the effects of dry scooping would be for you, just don’t. It’s only a matter of time before one of these trends ruin it for the rest of us.

Much like how people were overdosing on caffeine with the MiO coffee flavors, the manufacturers could decide to pull the plug on a product. Or at least, pull the plug on selling them locally at a Walmart.

The point is, don’t be stupid. Read the directions on the label as they’re there for a reason. No perceived benefit is worth the actual risk to your life. 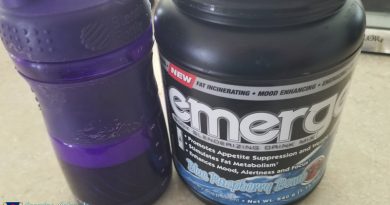 Emerge: One of the Best Pre-Workout Supplements?