Once, I thought that the plank was a worthless exercise. That was back when people were taking pictures of themselves “planking” on random objects. However, my wife talked me into trying the exercise version of a plank – which turned into one of my favorite additions to my workouts. It may sound like a simple routine until you try to do it for several minutes at a time.

Why I Enjoy the Plank So Much

One of the biggest reasons why I like doing planks is because it’s easy to do virtually anywhere. Regardless of what clothing you have on, you can drop to your elbows and crack out a few minutes of planking. For example, I was demonstrating how to do this exercise for my brother in his garage while wearing my winter clothes. It helps strengthen the core, which can lead to an easier experience for other activities. I found that doing these made things like sit-ups and other exercises much easier to accomplish.

Muscles Worked
The plank puts pressure on the abs, shoulders and lower back – which I found to make doing a lying leg raise and standing toe touch more comfortable. Unlike many other exercises, this one relies on the amount of time you flex those muscles. The longer you can sustain the position, the more developed they become. And I, for one, can attest to how good this exercise helped me back in 2014. If your body begins shaking and vibrating, this is because you’re using muscles that you haven’t been working on. The shakiness does go away by keeping this in your routine. For me, it was about two weeks before I could do 30 seconds of planking without vibrating from the strain.

Focus of the Activity
As I mentioned above, the focus of this physical activity is centered around flexing time and not repetitions. This is because that muscle mass is still developed and firmed through flexing whether you using weights or not. Sustaining your bodyweight in mid air will cause you to keep your abdomen flexed throughout the workout.

How to Do This Exercise:

My current record for this exercise is just over two minutes. At first, I started with three sets at 30 seconds each every day. After two months, I was up to one minute – which is when I decided to go for my personal record of two minutes and six seconds. Usually, I’ll turn the standard plank into side planks and work my obliques throughout the routine as well.

Below is a video which demonstrates the proper way to perform the plank. It’s not my own, and I don’t claim any rights to it. However, it’s quite informative and can help you learn how to do this exercise without hurting yourself. This video also shows variations to the plank that may be ideal for those looking for a higher difficulty.

Planking can be done virtually anywhere, which is one of the reasons I like it so much. It only takes a few minutes to get a bit of a workout without having to strip down or worry about scuffing anything but your elbows. This just goes to show that unless you actually perform the activity for yourself, you’ll never learn to appreciate things you once thought were asinine…unless it’s planking on a park bench or a car – which I think is still asinine.
(Visited 116 times, 1 visits today) 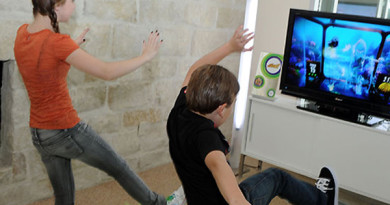 10 Ways to Get the Most Workout from Your Kinect 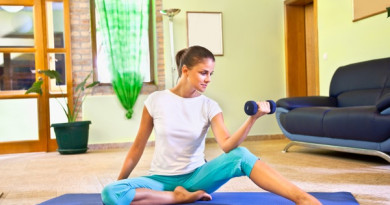 My Basic Home Workout for Beginners