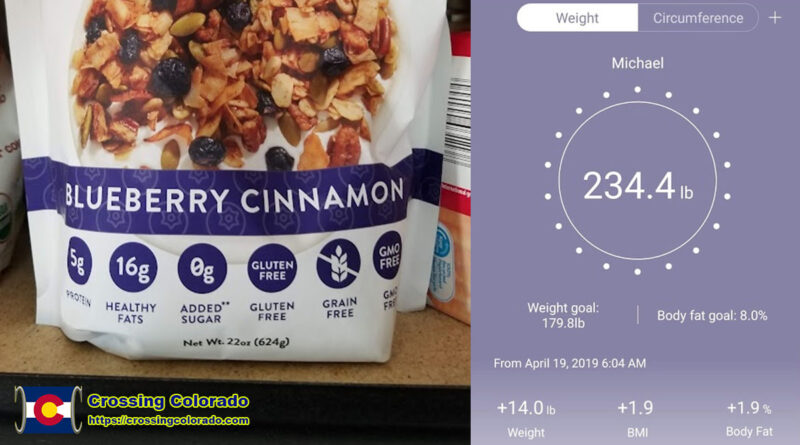 I decided to give the keto diet a try recently. But, it’s not starting off as well as I hoped. In many ways, I find keto to be extremely hard, especially since I’m still having issues giving up a few of my daily eating habits. But, that’s how it’s all supposed to work, right? Changing habits to lose weight?

Luckily, I’m still losing quite a bit throughout the week. It’s just slower going than I would like.

Nevertheless, at least I’m making the effort to do better. Unfortunately, unless I make some drastic changes, I won’t be at my goal weight by the time I do the calendar photoshoot.

What's In This Post... hide
Why is Keto Hard for Some?
How Am I Still Losing Weight if Keto is So Hard?
Won’t I Put Back on the Weight?
Tightening My Keto Intake Next Week
Time is Ticking!

Why is Keto Hard for Some?

In reality, the keto diet is meant for making a lifestyle change in how you eat. Well, I’m not going for an overall lifestyle change. I just simply want to shed as much as I can before October.

A lot of people get quite a bit of satisfaction from certain foods. For example, I love chocolate peanut butter ice cream from Farr’s back in Utah. To say that I can never have Farr’s again to maintain a ketogenic lifestyle is like telling sharks they have to go vegetarian.

It’s against physics and nature!

But, this past week has made it painfully clear just how many carbs I eat on any given day without getting in enough exercise to burn them. So, even though I won’t be diligent in the keto diet after October, I’ll still be more aware of the carbs I eat.

Sure, the keto diet can be hard at times, but I’m learning quite a bit about my eating habits while going through this experiment. The information alone is worth the experience for me.

In reality, there are a lot of snacking habits I need to be more aware of throughout the day. For one thing, I haven’t been keeping the idea of moderation in mind lately. But, that’s not necessarily due to any diet plans. I’ve just been having issues with stress eating.

That’s more of a mental issue than anything. Still, I would love to see just how effective an actual keto diet can be.

How Am I Still Losing Weight if Keto is So Hard?

Even though I haven’t been following a strict keto diet plan, I’m still losing weight. In fact, I’ve lost seven pounds over the last five days. How have I lost so much even though my keto experience has been hard?

MyFitnessPal is still set to a 600 calorie goal, and I’ve been closely monitoring the net intake. When I’m doing my diet plan, I lose about a half a pound per day. Reducing the carb intake has just made a far more apparent difference.

Don’t get me wrong, doing the keto diet has drastically cut my carbohydrate intake and has been greatly beneficial. In the past, I’ve just been better at maintaining my own diet plan without denying myself the tasty stuff. Well, until this past year, that is.

Long story short, the keto diet greatly amplifies the effectiveness of my Net 600 Calorie diet plan. According to the data, I’m actually losing about 0.2 pounds more per day by combining the two.

Now, if I could drop the carb intake to less than 50 g per day, I bet that would make an impressive difference.

This, here, is why I like MyFitnessPal so much. I can easily pull up my daily eating habits and see what foods are detracting the most from the keto diet. Then, I can plan out the next day accordingly.

Try MyFitnessPal for Yourself, It’s Free!

In any case, I’m still dropping the pounds relatively quickly, regardless of how hard I find a strict keto diet to be.

Won’t I Put Back on the Weight?

One of the biggest reasons why a lot of mainstream diet plans fail is because a lot of people think they can go back to eating a certain way after reaching weight loss goals. In reality, it doesn’t work that way.

Some of the best diet plans try to teach you how to make life changes to prevent putting back on the weight. Unfortunately, not everyone adheres to those plans.

But if there is one thing I’ve been able to demonstrate over the years is that I am good at maintaining body weight. I’ve lost more than 80 pounds at one point.

It’s true that I gained 25 pounds in this past year after moving into my new house. But it’s also true that I haven’t put in a lot of effort to be more physical. This, by itself, has led to gaining quite a bit recently.

And I guess in some ways, I am making a life-altering change. I want to be more physical! I’ve just been going through a lot of stuff lately that has me anxious and stress-eating.

As I start squaring all of these things away, though, I have no doubt that I’ll be able to maintain my goal weight indefinitely. Even without the keto diet, it’s not that hard to monitor intake, moderate portion sizes, and schedule some exercise time.

Tightening My Keto Intake Next Week

After going through my eating habits this past week, I know where I need to make some adjustments. Currently, I’m averaging 80.4 g of carbs per day. This is much higher than the suggested 10 g I should be eating on the keto diet.

Yeah, that’s part of making the keto diet so difficult is reducing the tasty snacks and how I eat breakfast.

My goal for week two of this experiment is to drop the carb intake to less than 50 g per day. And it’s not going to be all that hard to make the adjustments. For one thing, my protein shakes in the morning can easily lose 18 g just by changing the chocolate almond milk to unsweetened almond milk and adding a Splenda packet.

In reality, I won’t have to make too many drastic changes. Instead of having three Kirkland nut and cheese snack packs throughout the day, I can drop 11 more grams by trading one of them for a serving of turkey jerky instead.

And I love turkey jerky, so I’m not even trading up on a snack that I’ll wind up hating.

Already, I can shave off 29 g of carbs just by changing the almond milk and trading up on one snack! In the grand scheme of things, that’s not bad at all.

I’m sure my keto diet readers are rolling their eyes right now. But, hey, at least I’m giving it a try.

Another snack that might help is the Keto Blueberry Cinnamon Nut Granola mix. It has the same number of carbs as the Kirkland snacks but touts as being 3 g of “net” carbs.

Net carbs are essentially those carbohydrates in what you eat that you use as energy during digestion. In reality, net carbs are not recognized by the FDA. This means you need to take the information with a grain of salt.

At any rate, perhaps I’ll change up a few snacks with the nut granola mix to see if it makes a difference. Since I’m tracking everything, I’ll be able to tell if net carb snacks make any difference on weight loss.

With just over five weeks to go, I really haven’t made a massive dent in my weight. Well, at least as massive as I would have liked. But, I’m still dropping the pounds. So, overall, I’m not disappointed in this experiment.

According to the data, I’ll still be lighter by October 3rd than I have been since I lived in Utah back in the 1990s. And for me, that’s quite an accomplishment.

I just need to do better for reducing my carb intake on a daily basis. And, I already have a viable plan to make a massive impact for the next week.

Now, all I have to do is get off my ass and get in some exercise. 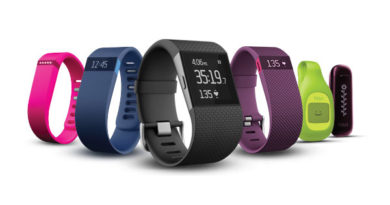 Can Using a Fitbit Help You Lose Weight? 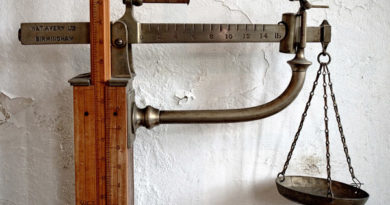 One Month Down, And I’ve Plateaued on Weight Loss 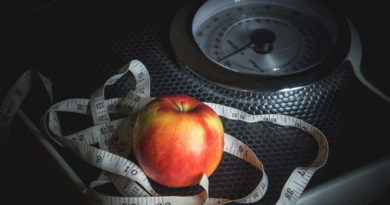 7 Questions to Ask Yourself Why You’re Not Losing Weight