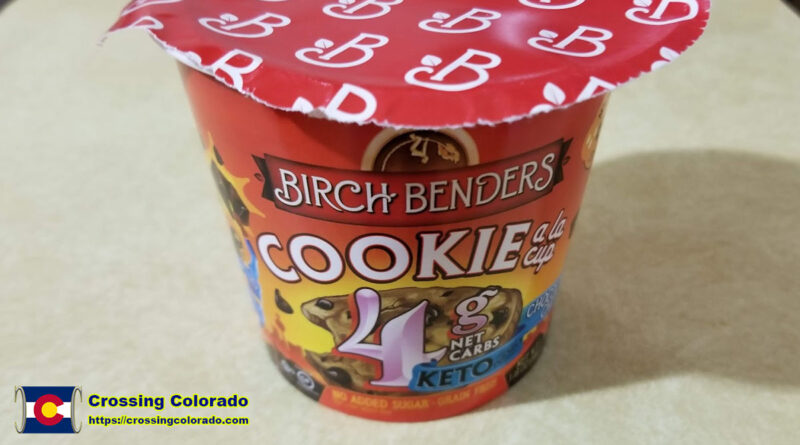 As I am trying my hand at the keto diet, I would love to find something that at least takes the edge off in terms of snacks. You can only go so far with trail mix or keto tortilla chips. Today, I am trying out the Birch Benders Cookie a la Cup microwave keto snack.

And since I am a big fan of the Ghiradelli microwave brownies, I had some high hopes. After all, who doesn’t love a nice hot tasty treat?

Although the taste wasn’t exactly what I was hoping for, Birch Benders delivers decent low-carb snacks. As with any diet alternative to sugar, it’s not going to have the same taste.

What is the Cookie a la Cup Keto Snack?

The Birch Benders Cookie a la Cup is a microwaveable snack that resembles a bit of a brownie. It doesn’t harden like a cookie but has a lot of the same taste. It only takes 60 seconds to microwave and requires just a couple of tablespoons of water.

This is meant as a stop-gap measure for those who want something a bit more without including all of the carbs from something like the Ghiradelli brownies.

We’re talking about the difference between 49 g of carbs versus 23 g with only 4 g of net carbs from the Birch Benders keto treats. That’s a significant difference for those following the keto diet.

What Can You Expect from Cookie a la Cup?

One of the biggest problems I have is comparing keto snacks to buy against something like the Ghiradelli or Duncan Hines snacks that are available. Let’s face it, sugar makes a massive difference when it comes to taste.

So, I’ll try to be as true to keto as I can in this review. Though, I still think adding a Splenda packet to the mix would make a world of difference.

Only 4g of Net Carbs per Serving

The biggest element of the Cookie a la Cup is the 4g of net carbs. This means it’s pretty low on the scale when your calculating carbohydrates for the keto diet.

With no sugar added, being high in fiber, and being grain-free, the snack stays pretty true to what you’d expect. Then again, that really depends on what your carb goals look like for the day.

Taste is a Little Bland

This microwave keto treat isn’t necessarily bad tasting. However, it does seem to miss a bit of something. And I’m not just talking about the sugar I mentioned earlier. Even from the viewpoint of keto, the cookie variation from Birch Benders just seems lacking.

I still want to try this product again, but I think I’ll add in a Splenda packet to see if I can bring it to life a bit more.

Sam added just a bit of heavy whipping cream to her’s and it vastly improved the taste. So, there are ways you can dress the cookie brownie up a bit without relying on a lot of carbs.

A Bit Spendy Per Serving

At roughly $2.53 per serving, the Cookie a la Cup is a bit more expensive than the non-keto alternatives. Then again, just about anything health-food-related seems to have an inflated price tag.

Unfortunately, this single-serving snack costs quite a bit more than most of the meals I eat. This alone is probably going to be a driving factor on whether I buy it again or not.

Just like most other microwave brownie cups, this one is quick and easy to make. Just add 2 tablespoons of water, mix, microwave for 60 seconds, and let cool.

It’s a quick keto treat that takes very little effort. And when you’re short on time like I am, anything quick and easy ranks pretty high.

As opposed to the more carb-rich microwave brownies, Cookie a la Cup comes with 7g of protein. This is nearly four times the amount in other non-diet-focused microwave snacks.

For instance, the Ghiradelli Dark Chocolate brownie only has 2g of protein while delivering twice the carbs.

A Bit Higher in Sodium Levels

Birch Benders has this product at about 220 mg of sodium, which is a bit high comparatively. It’s not outside of tolerance levels, but it may be significant to think about for those on strict low-sodium diets.

Coincidentally, Cookie a la Cup is higher in sodium than most other carb-heavy microwave snacks. I suppose that’s the trade-off you’ll need to consider when it comes to keto snacks to buy.

But as I said, it’s not overly too much of a concern for many people. I just wanted to put that out there for those who are worried about sodium.

Good Amount of Calcium and Potassium

When it comes to calcium and potassium, this snack has a considerable leg up on other brands. Cookie a la Cup has 75 mg of calcium and 234 mg of potassium. Add in the amount of protein you get and it is quite impressive from a nutritional standpoint.

Especially when you consider how some brands have about 10 g of calcium with about half of the potassium.

The Birch Benders Cookie a la Cup is available at most stores. In fact, I picked mine up at the local Walmart. Though, I was unable to find the brand at the nearby Neighborhood Market. So it might depend on the type of Walmart you go to.

And I’ve seen them in King Soopers, Target, and Safeway in the past.

However, you can buy 8-pack cases from Amazon for a bit cheaper if you want to go that route.

Get an 8-Pack from Amazon!

In the grand scheme of things, I suppose Birch Benders products are not overly expensive. They’re about par for what you’d find in the way of low-carb snacks. And since it’s a great product for those on the keto diet, it may be worth the money.

Is This Something I Would Buy Again?

Since I am trying my best to stick with the keto diet, I probably will try the Cookie a la Cup again in the near future. Mostly to see if adding a Splenda packet to the mixture makes a difference in taste.

Though, I wasn’t really overly impressed with the flavor. I’ve had other Birch Benders microwave cups that had a better overall taste. But like I said, there are ways to modify it and still keep it healthy.

It’s quite difficult to find decent keto snacks to buy if you’re following the strict diet plan. But, products like this one can help you stay the course without sacrificing your gains.

That, alone, may be worth picking one for yourself and giving it a try.

Cookie a la Cup is a Decent Keto Treat

In the long run, the Birch Benders Cookie a la Cup isn’t all that bad of a low-carb snack. It provides a great deal of nutritional value over carb-rich alternatives while keeping you in line with ketosis.

While I didn’t think it had the best taste in the world, it wasn’t bad. And like I said, Sam added more to her experience by adding a slight bit of heavy whipping cream.

The bottom line is if you’re on the keto diet, then this product may help satisfy a few of your cravings for a snack. 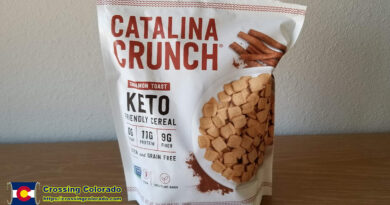 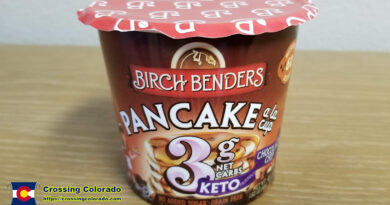 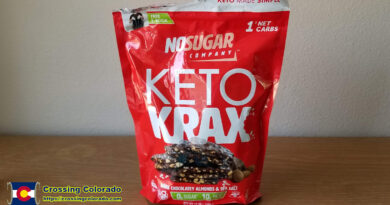