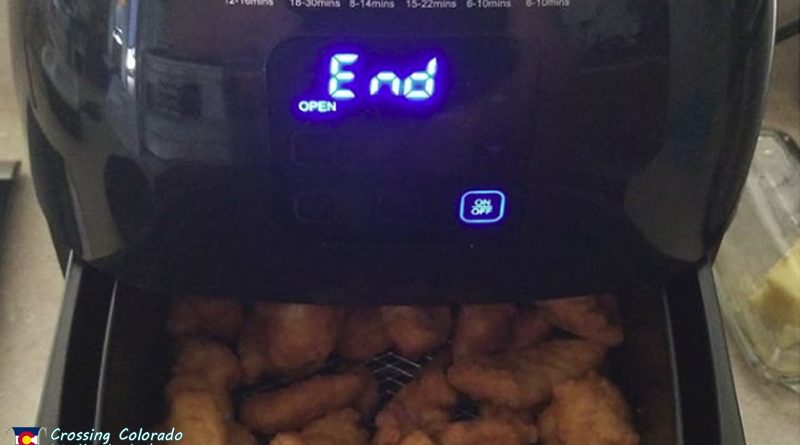 Looking for a decent air fryer to cook up some amazing food that is oil-free and healthier to eat? I received the 3-Quart NuWave Brio Digital Air Fryer for my birthday and put it to the test. And I can say, I am impressed with the quality of food as well as the product.

I wasn’t sure what I was going to miss without using oil in my cooking. Needless to say, the “deep-fried” foods came out amazing.

What is the NuWave Brio Digital Air Fryer?

The Brio I am reviewing today is an all-in-one appliance capable of grilling, baking, roasting and broiling using nothing but hot air.

In a sense, it’s kind of like using a conventional oven to cook everything. However, the Brio Digital Air Fryer uses far fewer resources than an electric or gas oven.

It has a 3-quart capacity, so it’s smaller than some of the other massive units you can buy. I wouldn’t mind having one of those, but I would have nowhere to put it.

Why Would You Want the Brio Digital Air Fryer?

Not everyone has the counter top space to add another appliance. However, it’s worth the trouble if you can reorganize your kitchen to fit one of these units in somewhere.

Perhaps the biggest reason people would want to use an air fryer is to cut out oil from cooking. This is especially true with vegetable oils, which can disrupt the balance between omega-3 and omega-6 fatty acids.

In other words, too much vegetable oil can cause severe problems in the human body.

The Brio Digital Air Fryer is exceptionally easy to use. It comes with a detailed booklet explaining how to cook using the unit as well as a few recipes to help you get started.

The operation in general is quite simple and I was able to cook up some tempura chicken without putting much thought into it.

Doesn’t Heat Up the House

One of the biggest complaints many have about the traditional oven is the heat. Even baking a simple pizza can raise the temperature of the home several degrees past comfortable.

Who hasn’t opened the back door because of the heat while slaving away for a Thanksgiving feast?

The Brio Digital Air Fryer didn’t even make the kitchen warm. In fact, there was really no noticeable difference in ambient temperature at all.

No Oily Residue When Frying Shrimp or Cheese Sticks

If you do a lot of deep-frying with oil, you know how quickly the vapor can collect onto the kitchen walls. It can become quite the mess if you don’t clean it up immediately.

Since there is no oil while cooking with the air fryer, there’s no oily mess left behind.

We fed about six packages of shrimp, mushrooms and cheese sticks through this bad boy on my birthday. The crumbs from the first bag didn’t even blacken over time. In fact, cleaning the unit was simple and nothing was stuck to the tray.

Except for remnants of cheese stick when they exploded. And not even the cheese itself turned black.

My point is that I don’t know if you can actually turn food into charcoal with this unit. I’m sure you can dry out something if left for too long, but I think it’s unlikely you’ll actually burn food to the point crispy dust.

How Well Does the Brio Digital Air Fryer Work?

When first using the device, it gave off an odd smell. It’s the same kind of smell you get when you turn on any electric device that distributes heat. For instance, a personal heater which uses coils produces a similar smell.

However, the odor went away after a few minutes. Then the house started to fill with the smell of cooking coconut shrimp.

One thing that does bother me a bit about the Brio Digital Air Fryer is the sound. When turning it on, it’s pretty loud as the fans kick in for frying the food. This is to be expected to some degree…after all, an air fryer needs fans to work.

Aside from the smell and the sound, the device itself worked exceptionally well. I find myself cooking as much as I can in it. Not only does the unit shave off a few minutes from cooking things in the oven, but there is far less prep time involved.

What are Its Notable Features?

The first thing I noticed when using the Brio Digital Air Fryer is the interface. The touch screen on it is super sensitive. You don’t have to mash the buttons to get it to turn on or to adjust the temperature and cook time.

The tray itself is easy to remove and replace, and it comes with a detachable basket. This makes cleaning easier, especially if you have cooked-on cheese that hardens overnight.

The fryer isn’t overly large compared to other appliances. It’s perhaps a bit wider than my full-pot coffee maker. And since the tray comes straight out, it fits in most areas of a counter top relatively easy.

Where Can You Get the Brio Digital Air Fryer?

Mine was a gift, but I know it was bought from Walmart. You can also find it at Kohl’s, Home Depot and Amazon.

It’s also one of those “As Seen on TV” appliances…which I thought was kind of cool since I’ve always wanted to try something like this.

The Brio Digital Air Fryer is perhaps one of my favorite appliance now. I use it to cook most of my meals from Trader Joe’s and look forward to coming up with my own recipes.

So far, it’s definitely worth the money aside from the slight odor from first time use and the loud fans. But these things are to be expected in such a product.

In the end, it’s all about whether you want to remove oil as a food group from your daily menu. Personally, I found the taste of foods more pronounced when cooking with this unit.

If I didn’t get one for my birthday, I surely would have bought it anyway. And I wouldn’t have buyer’s remorse as the Brio Digital Air Fryer is worth the investment.[template id=”3591″] 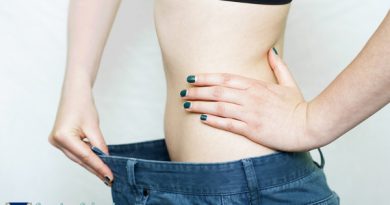 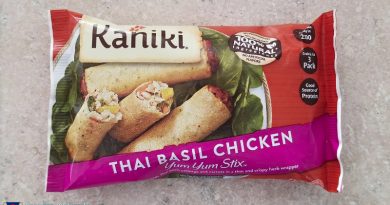